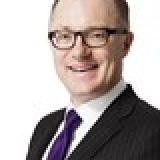 Jason Goldberger was named President, Target.com & Mobile in December 2014 and is responsible for overseeing Enterprise Item, Pricing and Promotions and all ecommerce operations for Target including Merchandising, Product, Site Merchandising and the Guest Fulfillment Experience. He joined Target in February 2013. Under Jason’s leadership, Target has released new versions of its website, iPhone and iPad shopping apps, debuted completely new experiences for services like gift registry including one geared towards college students and launched new guest fulfillment capabilities including Store Pickup. Target’s digital sales are currently up by more than 30 percent. In addition, Target was named Hot 10 Mobile Retailer of 2014 by Internet Retailer and the 2013 Mobile Retailer of the Year by Mobile Commerce Daily.

Jason brings extensive experience in online retailing and most recently, served as Executive Vice President of Gilt Groupe where he was responsible for Home, Taste, Baby and Kids and Business Development. Prior to Gilt, Jason was the Senior Vice President of Marketing, Merchandising and Product at Hayneedle, Inc. In addition, Jason previously spent eight years at Amazon in a variety of merchandising roles.

Check out the incredible speaker line-up to see who will be joining Jason.

08:15 Keynote: Retail Revolution: How Digital Is Transforming Target And Fueling The Future Of Shopping

In just three years, Target has moved on from a difficult website re-platform to become a leader in digital with online sales growth that outpace the overall industry growth rate. Target is focused on making mobile its “new front door,” and has two of the most downloaded retail apps: the flagship Target app and Cartwheel, Target’s digital coupon app. Jason Goldberger, President of Target.com and Mobile, will share lessons learned along the retailer’s digital transformation journey and where he sees e-commerce heading in the future. With channel-less shopping and personalization becoming the “new normal”, Jason will discuss how Target is creating a future where digital separates best-in-class customer experiences—for shoppers online and in stores.