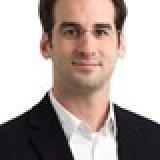 Director of Marketing
Beyond The Rack

Richard Cohene is an accomplished consumer marketer with over 10 years’ experience in both e-commerce and brick and mortar retail, specializing in fashion and consumer goods. At Beyond the Rack he has been responsible for the Marketing department (and growing its database from 50K to 11 million members. His creative mind has allowed him to manage SEM campaigns, social media platforms, affiliate networks, retargeting campaigns, Mobile web/APP and general UX, as well as manage various large partnerships with leading companies such as, Visa, MasterCard, AMEX, Rogers Canada, Hearst Digital Media, Major Networks and ELLE. Prior to BTR, Richard was the owner of Tichco which managed platinum eBay power seller accounts and ran pop-up shops in Montreal. He is a frequent speaker at international marketing and social media forums and has been praised for his expertise and marketing strategies in these fields

Check out the incredible speaker line-up to see who will be joining Richard.

Mobile has the potential to change retail as we know it. Richard jumped on the mobile bandwagon early, and has the results to show it. As part of his responsibilities Richard leads Mobile/Tablet/web/ APP/ IOS and Android. Richard is predicting over 60% of their traffic will come from mobile this year, and he is taking advantage of it. He’ll show you how in this keynote case study presentation.