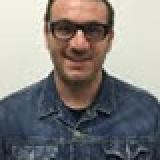 I worked for 8 Years at Billabong Australia, where I grew from Graphic Designer, though the art room to marketing where I launched social media for the brand.

I then took a role at the Australian Government where I launched a project called “The Edge”. A digital culture centre, the first of its kind in Australia, where we would bring together emerging practitioners around Art, Science, Technology and Enterprise.

Needing to get back into the surf industry, I settled into a role with Reef, who moved me out from Australia.

I then found the warm, nurturing embrace of Stance one year later…

Check out the incredible speaker line-up to see who will be joining Brett.

14:30 The Stance Story: How To Leverage An Army Of Social Advocates For Explosive Brand Growth

The evolution of social has transformed the way fashion marketing succeeds. If you have the right social advocates, it's easier than ever to increase buzz and brand engagement. In this talk, learn how to pin point, segment and elevate your best social influencers to increase engagement and sales. Join this fireside chat paired with opportunities to win some cool free gear — it's sure to knock your socks off.