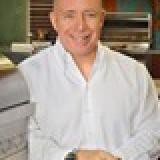 Harnessing the creativity, energy and experience of 200 of the industry’s most talented individuals is no easy job.  But after nearly three decades of executive leadership roles and a lifetime of disciplined Martial Arts training, Jeffery Sears is up to the task.

As CEO (Chief Execution Officer) for California-based PIRCH, Sears manages top-line operations, brand development and expansion planning while working alongside a team of professionals with a combined 500 years of industry experience.

Sears joined PIRCH in 2010 after leading some of the most recognized and successful brands in outdoor and indoor home living, many of which he successfully guided through high-profile mergers and acquisitions.

Prior to that, Sears was President and CEO of Creative Touch Interiors, which he oversaw through its growth from $15 million to $250m and the subsequent acquisition by Home Depot in 2004,ensuring a smooth transition of a private company into a Fortune 15 organization.
Earlier in his career, Sears was Executive Vice President at MSA Industries, growing the company from $40 million to $560 million in revenue in less than two years, prior to its merger with DuPont, where Sears stayed on in the same capacity.

Sears also served as President of Tuftex Industries for six years, developing the 15th largest carpet mill in the United States into a $450 million business prior to its acquisition by Queen Carpet and subsequently Shaw Industries/Berkshire Hathaway.

A second generation San Diegan, Sears remains extremely involved within the community and received a Spirit of Life Award in 2006 for his dedication and commitment to City of Hope. Sears is an active Alumni of San Diego State University and has been married to his lovely wife Geri for 34 years.

Check out the incredible speaker line-up to see who will be joining Jeffery.

Jeffery Sears was named one of 25 people shaping retail’s future, a major disruptor in the industry who is doing amazing things with his company, Pirch. Since launching PIRCH four years ago, he’s made the bricks-and-mortar environment more relevant than ever – a huge accomplishment considering shifts to online. Buying a custom suit online was an entirely new concept when Indochino launched in 2007, but the company has experienced rapid growth since then, and is now opening brick and mortar locations. Alex Ani has been working one of the most innovative projects in retail, and will present it at eTail East 2015. See how disruption and innovation are changing what retail looks like both today, and in the future.